The considerable size of the Castle of Gabiano overlooks the River Po, in a stunning scenic position. As far back as the 8th century, the documents mention a “cortem magnam nominam Gabianam”. In 1164, Federico I granted the coveted investiture of Monferrato to James II. From this date, and due to the strategic and economic importance of the castle and its contrada, sieges and wars begin, which are written in the history books. Recently restored, the building preserves typical medieval characteristics such as square and circular shaped towers and imposing constructive masses. The castle possesses magnificent internal courtyards with wells and numerous details of the medieval era. The labyrinth in the park is one of the very rare examples documented within the scope of the historic gardens of Piedmont and there are glimpses of the Italian-style garden. The halls preserve rich art collections and a well-furnished armoury. Inside the Castle, the aristocratic chapel dedicated to St. Peter, probably dates to 1152 (not open to visitors). In 1935, the chapel was re-consecrated and equipped with bells; Queen Helene of Savoy, whose lady-in-waiting was Marquise Matilde Negrotto Cambiaso, was present for the occasion. The castle was originally built by Aleramo, Marquis of Monferrato, and restored several times over the centuries. In 1615, it was again fiercely defended by the troops of the Duke of Savoy. The building preserves the medieval characteristics with square and circular shaped towers and imposing constructive masses. Note: the considerable size of the Castle overlooks the River Po, in a stunning scenic location. The current owner of the castle is the Cattaneo Adorno Giustiniani family. The complex of the Castle also includes a chapel and a magnificent park with labyrinth of boxwood bushes. Works and art objects: the castle is both imposing and spectacular; it possesses magnificent internal courtyards with hanging gardens, wells and fountains, and numerous medieval style glimpses. The rooms preserve rich collections of art and a well-furnished armoury. 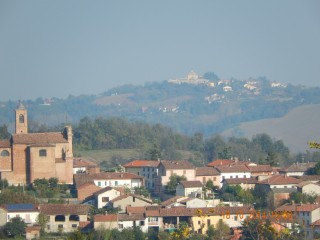 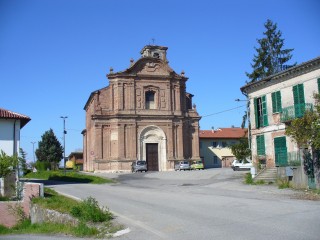 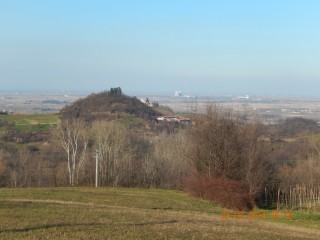 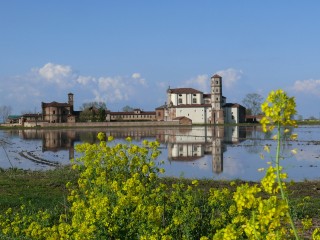