From the historic center of Vogogna , go alongside the Palazzo Pretorio and descend along Via Lossetti Mandelli until you cross the provincial road (Via Nazionale) which you follow for a short stretch (bike lane present) up to a crossing where you take Via Ponte di Megolo. Immediately after the railway underpass, turn left and follow a dirt country road that continues until it becomes a cycle path. The beautiful and relaxing trail continues among flower meadows, crops and majestic trees until you reach and cross the WWF Oasis of Bosco Tenso. The track ends just before the railway underpass. From here to continue you have two possibilities:

1. Take the railway underpass and take the provincial road. Follow it for about 1 KM m in the direction of Cuzzago and immediately after the bridge over a side stream, take the first underpass to the right and follow the dirt cycle path up to Cuzzago.

2. Instead of entering the underpass, turn right, follow the railway line and follow the loose dirt road for about 1 km, getting into the confluence zone between the Toce River and a side stream (Rio Crotta). Here the track is interrupted to resume immediately again over the stream. Therefore  go down to cross the riverbed, almost always dry and up again on the other side to resume the cycle path with a natural base that originates from the railway underpass and continues up to Cuzzago among the corn fields.

Once you reach the underpass that leads to the train station of Cuzzago you can turn into the town for a visit or continue to the right following the signs until you cross the provincial road just before the Ponte di Migiandone on the Toce River. From now on there are no alternative roads so it is necessary to follow the provincial road, paying close attention to traffic. In truth, the traffic is mostly absorbed by the nearby highway, but caution is advised. Cross the Migiandone bridge and along the road you reach the Punta di Migiandone, with a large square distinguished by two imposing cannons that mark the beginning of the pedestrian paths of the “Linea Cadorna”. From the square you take the dirt bike path that runs along the foot of the mountain and ends at Lago delle Rose. Alternatively, from the Punta di Migiandone you can take a cycle path on the left that allows you to observe the bunkers of the foot of the valley  belonging to the so-called “Linea Cadorna” and which then continues up to the straight road Migiandone - Ornavasso. The center of Ornavasso can be reached  on internal village streets or by taking the main road.

In Vogogna, in the Palazzo Pretorio square is a free bike rental location promoted by the Ossola Museums Association as part of the "Musei a pedali" project (www.amossola.it)

The route starts from Vogogna and reaches Ornavasso crossing the central section of the Toce valley, between cultivated fields and lowland woods. The cyclist will also cross Bosco Tenso, WWF oasis established in 1990 by the municipality of Premosello and by the WWF section of Verbania to protect the last remaining section of lowland wood in the Toce Valley, which was once spread throughout Ossola and is now drastically reduced and fragmented. The area is important for the presence of a rich resident and migratory bird life. The oasis is equipped with a series of information panels that describe the animal species present in the area. 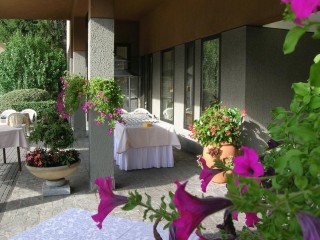